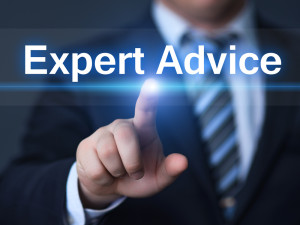 What tips does legendary investor and PayPal co-founder Peter Thiel have to offer for real estate investors and industry CEOs?

Peter Thiel has gone way beyond PayPal’s success to become well-known as a venture capitalist and thought leader for start-ups. In coordination with the launch of his new book, Thiel has been on the media circuit talking about start-ups, how to build businesses, what’s not working and the challenges that are still open to innovation. So what great takeaways from his recent interviews and successes are there for real estate industry execs and independent pros?

Thiel’s projects haven’t only revolved around thinking big, but thinking way beyond others, and pushing boundaries others haven’t dared. His reaching and doing where others have only dreamed has certainly been what has separated him from everyone else. Peter may not have much of a reputation in real estate as most thin, but he has been involved in pioneering entire new floating countries in Blueseed and other planets with Space X.

While Thiel has criticized some VCs for spreading themselves thin and investing in too many start-ups just to hedge their bets, he has invested in a fair amount of start-ups himself. He just believes in investing more heavily in projects he really believes has legs and is willing to through his financial weight and influence behind. For real estate pros, this not only suggests it is wise to diversify portfolios, but that it is okay, and even wise to diversify into different businesses within the real estate industry.

Despite his fame, Peter Thiel didn’t do it all alone. Among the first steps in building the payment giant PayPal was hiring a solid team.

Thiel appeared to dismiss the trendy buzz phrase “company culture” in recent interviews and said that his original team focused on hiring people they could get along with and could stomach hanging out with. However, he has also warned about the lack of diversity and innovation which can result from just hiring friends.

What You Wear Matters

Thiel has been outspoken on dress and getting hired or getting invested in. However, when it comes to getting hired or funded in Silicon Valley, he has warned that those that stray too far from the start-up wardrobe are sabotaging themselves. Of those wearing suits he has said they look as if they are bad at sales and tech. There may still be appropriate times to dress up, but know when not to overdo it when meeting with VCs, clients and prospects.

Commenting on the fading of NY as a major influencer of culture and a financial center Peter observes how banks are shrinking. They are shrinking in size, clout and influence. This in itself is going to alter the real estate landscape and where the best growth and performance is. PayPal is certainly a big part of this and now not only offers online banking and mobile payments but access to working capital too. Then there is crowdfunding and the surge in private lending and more families supporting themselves financially and pooling money for real estate acquisitions.

There are Still Secrets to be Discovered

While there is a lot of talk about innovation in America Thiel seems to think we are slacking as a nation. While we have pioneered into plenty of new places he also encourages individuals to keep striving to discover new secrets.

The One Challenge that Still Needs Solving

It’s common knowledge that success is innovating solutions to problems. There are still many problems facing the world, even though the US may appear to have solved many of them for itself. So what challenges are on the minds of top VCs? In a podcast interview from The 4 Hour Work Week Blog and Tim Ferriss, Thiel recently said health and longer life topped the list. You don’t have to be a doctor or scientist to make progress in this area. There is much do be done in real estate to increase health and longevity. Using green building and interior design materials can go a long way towards achieving these goals.

During the above mentioned interview Thiel completely pushed back on the currently popular trend of embracing and glamorizing failure. He says it helps no one, and because it is so complex he doesn’t believe business owners learn as much from it as some would like to suggest. Obviously it is easier said than done, and success is never guaranteed. However, it does suggest it may be smarter to spend the extra time on education and due diligence in order to avoid failure.

It’s Easier to Start in a Niche

It may be surprising to many that Thiel of anyone would suggest starting small, but he does comment that it is easier to begin in winning in a smaller niche due to being easier to convince a smaller number of people. So start making waves in niches and grow.