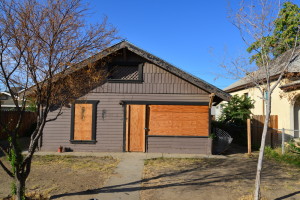 Is tearing down vacant properties really the best option for neighbors, local government, or any other party in the mix?

Thousands of homes are being demolished by municipalities across the United States. Many are happy about it, but could it actually be counterproductive? What may be a better solution for everyone involved?

According to data, there are only a couple million homeless individuals in America. Yet, there are around 18M vacant homes. Many local governments are intent on tearing these properties down. Many of empty homes are foreclosures. Some have been abandoned by previous owners. Others are locked in the foreclosure process, or are sitting on bank’s books as shadow inventory. Some may belong to out of area owners that just aren’t aware of the state of the property. However, public officials have continually pointed to bank owned REOs as the biggest problem. In many cases, these homes are just left to rot and are not maintained.

The Argument for Clearing the Real Estate Landscape

Municipal governments in areas hit hard by the foreclosure crisis began announcing the demolition of vacant homes a couple of years ago. The argument is based on the unsightly mess that plagues neighborhoods, as well as the cost to maintain these homes, and provide public services to areas which are now sparsely populated. New areas are joining the trend, with over 2,000 homes now slated to be demolished on Long Island, beginning in September 2014.

Why Locals Are Buying Into It

Many locals are buying into these schemes, but they aren’t always aware of the consequences. The Long Island media has quoted residents saying they are happy that run down homes in their neighborhoods are being ripped down. Many argue they shouldn’t have to pay such high property taxes, but have ugly homes in their neighborhoods. This is completely understandable, but many may not be looking forward to the fallout from these moves, or be thinking through the options this is taking off the table. Without a doubt, some properties are in such bad shape they need to be condemned and taken down in order to keep environments safe. In other scenarios, many of these homes could be saved with a little effort.

The Downside of Demolishing Distressed and Vacant Homes

Some of the potential issues of this strategy and questions which should be asked include:

In the most recent Long Island, NY case, the city hopes to bill the banks for tearing down their properties. This is far from cheap. There is obviously little reasonable hope of a fast pay off, or return of funds given they are already failing to do the basics like mow the lawns. If they can’t afford $50 to cut the grass, what makes locals think they’ll make good on bills for demolishing their properties which could be well in excess of $10,000?

In the meantime, local homeowners and renters could be hit hard. So what alternative options are there?

Eminent domain is one. The idea of seizing mortgages by eminent domain has been floated for a while. It was also very controversial due to the ramifications for the larger U.S. economy and mortgage industry. However, individual properties could still be seized by eminent domain. Lenders could be given incentives to simply hand over the deeds to properties to the local government, or at least to sell them fast. Some banks could be threatened to be blacklisted for lending in some areas.

Municipalities could also prioritize, speed up, and expedite the foreclosure and repossession process – specifically for distressed homes owned by banks that have the financial capability to maintain them, and simply choose not to. This might also buy other regular homeowners more time to save their homes, and could encourage banks to work with them, rather than seize their homes and add them to the stacks of inventory which are rotting.

Mortgage lenders and banks could also be encouraged to donate these properties to local nonprofits and charities, and take more tax deductions, creating win-wins for locals, local government and the lenders.

In Detroit, tracks of homes have gone to builders, and more recently have been given to entrepreneurs. Individuals could fix them up or re-purpose them, and bring them back to producing tax revenues and lifting neighborhood home values. They could even be given temporary loans or grants to fix them up or rebuild. In addition to affordable housing, properties could be used for coworking space, businesses, and nonprofit offices, which could all help create more local jobs and boost the economy.